Dough Not Pie for Me


Why? Why? Why a pie??? I was easing back into this, with a couple of easy recipes and then bam! A pie recipe. I know there are some people who can make pies with their eyes closed (and/or sleeping) but I am not one of them. Pastry dough is not my forte. But it isn't like I actually try making it very often. I'm not really a pie person. Give me an option, and I will hands down, without hesitation, pick a cake over a pie. And I still panic when making a layer cake. But I will gladly make a layer cake over pastry. (Don't quote me on that though...pretty sure a layer cake is coming up in a few weeks or so.)😓

Rather than go rogue or opt out though, I decided to try the pie. At least I could make the pie dough ahead of time and leave it in the fridge or freezer until needed. 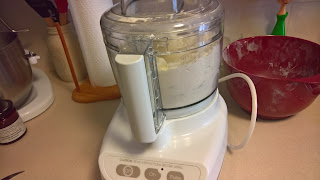 I followed the recipe instructions and used the food processor to make the dough. I figured since it called for the processor, I'd be fine to do this while getting over a migraine. Pretty sure this is going to be a recurring theme. (The having a migraine while baking, not using a food processor.) 💩 Chronic migraine does not equal fun but apparently it screams try making pie dough. To be fair, it only whispers these crazy thoughts. It's considerate that way. 😑 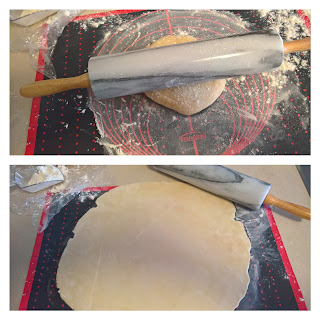 I have no idea what the pie crust is going to be like. I don't know if one can get a feel for a dough while rolling it out? (shrug)

It did roll out easily and it didn't shrink back when I put it in the pie plate, so I thought that was a good sign.

Also, my crimping didn't lose its shape (so that means I didn't let it get too warm which is a good thing too). I'm just not sure if the crust will be flaky though. Is it supposed to be like croissant dough where I should be able to see the pieces of butter in the dough? Then I would know there is going to be some flakiness. I just don't know.


Time for the filling:

Didn't have granny smith apples, so used honey crisp apples and one lobo apple instead. Honey crisp are a favourite of mine and were just starting to come in season here a couple of weeks ago.

I didn't have whiskey, so I went with old faithful. Rum. I could have just used a little more vanilla for the small amount needed, but hey rum is always a nice addition to this flavour profile. I got the butter nicely browned before adding the apples into the pan. Browned butter is the bomb. Period. 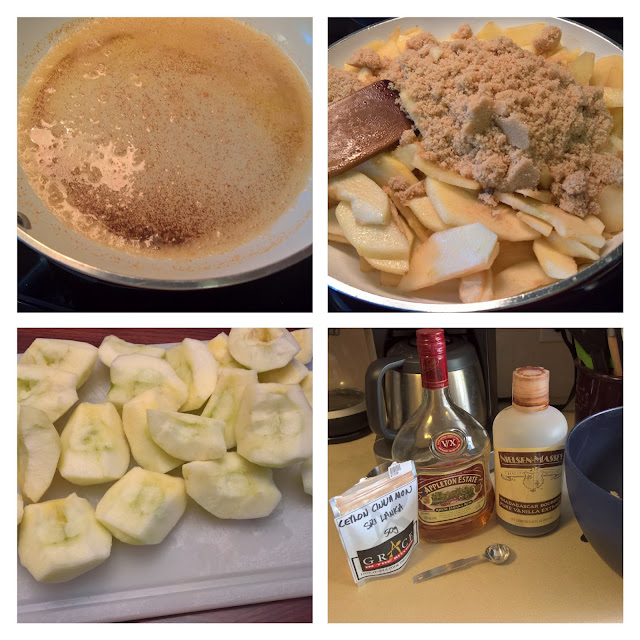 It really didn't seem like the filling was going to thicken up, so I added an extra teaspoon of cornstarch into the sauce. Even with that, it didn't really seem thick enough, but I didn't want to cook it any longer for fear of mushy apples. 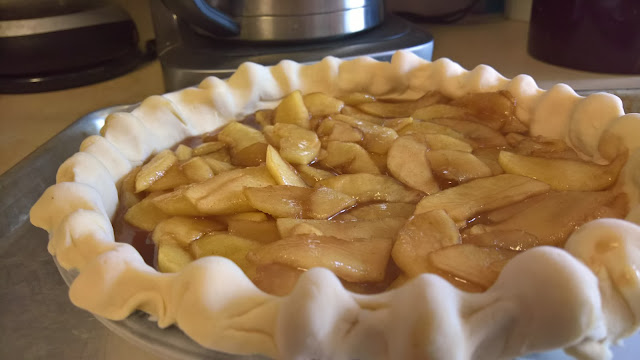 I left some of the sauce in the pan, rather than putting it all in the pie shell (to avoid a soupy mess). 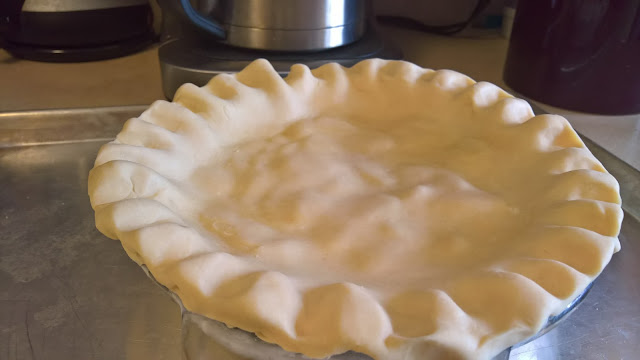 Maybe I needed more apples? By the time I put the top crust on, it seemed kind of concave.
Just need to cut some steam vents in the top, brush with egg and sprinkle with raw sugar. Oh and then to the oven for a bake. 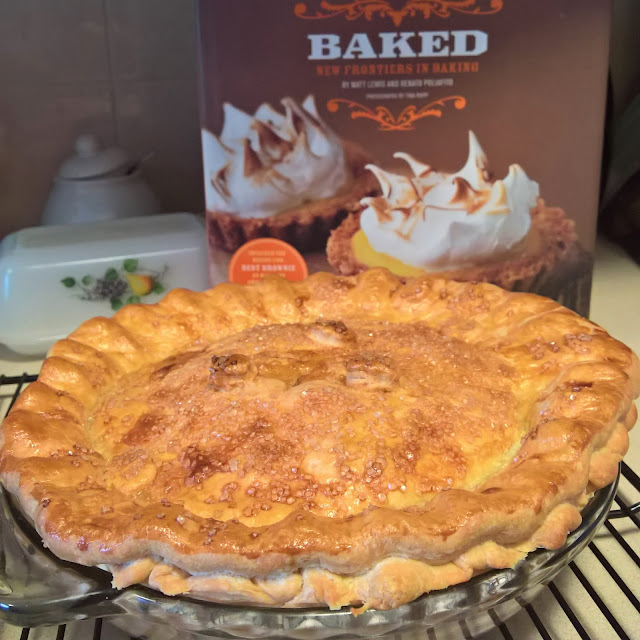 I definitely need some pie dough workshops or just some actual time spent making pie dough. The dough wasn't great. The top crust was nice, because it has the raw sugar sprinkled over it before it was baked. The bottom crust was flavourless and kinda tough (Obviously, I overworked it). It was baked through, so that was good. The crimped edges were too thick, I really should have cut those down. (That is an understatement!!!) Like Cher, if I could turn back time, I would definitely get someone else to bake me a pie or bought a bigger knife to get through those thick crimped edges!! Good lord! It's like looking back on photos and seeing the bad 80's perm and all you can do is cringe and laugh and wonder what the hell...sorry what were we talking about? Pie crust? Yes, bad 80's pie crust. 😬


Now the apple filling, oh my, that was divine! I could have eaten just that. If I would have thought to get vanilla ice cream, the apple filling would have been topping a bowl of ice cream! So good.
If I were to make this again, I would try a different pie dough recipe. I saw a recipe with white cheddar in the dough that sounds interesting, on Athena Calderone's Eyeswoon. 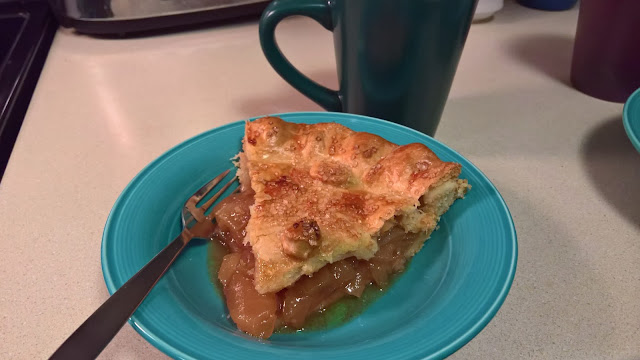 To see how the rest of the gang did with this recipe, head over to Baked Sunday Mornings.
Thankfully, the next recipe is an easy one and a well loved one.