Banana Cupcakes are on the Baked Sunday Morning's schedule today. I didn't waste any time getting started on these. Luckily, it was another easy recipe. Whew! It is nice being able to ease back into this baking and blogging. (no need to look ahead and see that an apple pie is due up next) 😟 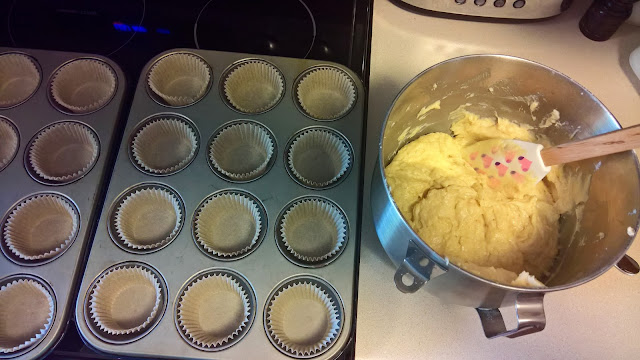 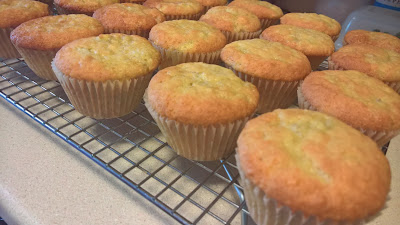 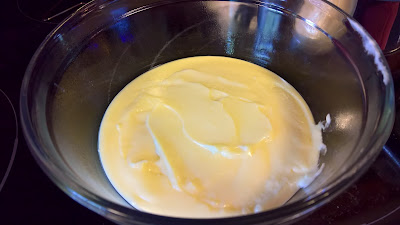 Rather than making a full recipe of the pastry cream I decided to go with a half portion. And I am so glad I just did a half recipe. This didn't turn out the way I thought it should have at all. But I put it in the fridge to chill, and hoped for the best. 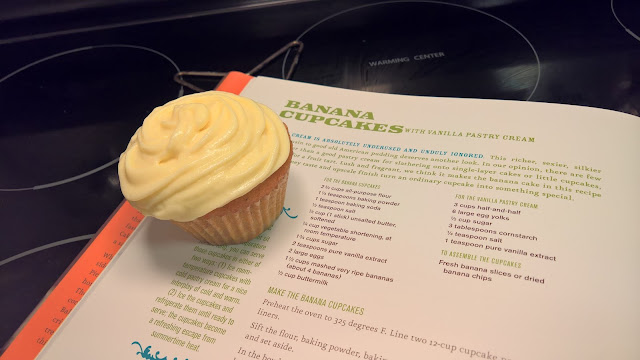 The pastry cream seemed to loose, even after chilling in the fridge. But it is tasty, in a vanilla pudding kind of way. It just doesn't work so well as a 'frosting' on these cupcakes. It is just slipping away. 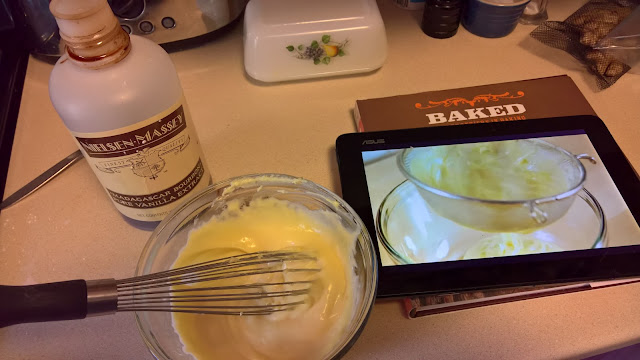 After some time on the interwebs, I found this video of Anna Olson making Pastry Cream. I decided to try it again, following her tutorial. It turned out much better, but still seems sort of strange to put on a cupcake instead of frosting. It is essentially pudding, not frosting.


This 2nd version of the pastry cream was definitely better for 'frosting' the cupcakes once it was chilled for a little while. Now if only I could actually decorate a cupcake. 🙈 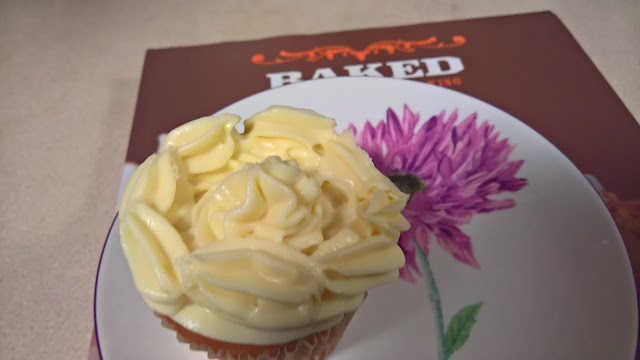 But...I kinda sorta wanna fill the cupcakes with the Pastry Cream and then put a chocolate glaze over the cupcake, and call it a Boston cream cupcake.

So I did it.😀 Cupcakes have been filled with that pastry cream and glazed with chocolate. Mmm Hmm. It's no longer a kinda sorta wanna thang. Yup, this is the way to do it! Final version of my cupcakes and the winner. 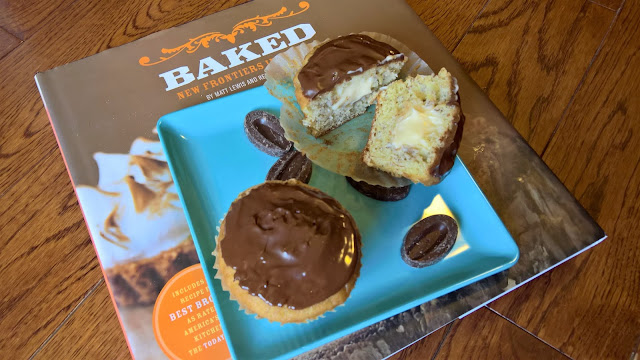 I really, really liked these cupcakes! I enjoyed them with and without frosting. I think if I made them again, I might try a chocolate or peanut butter frosting. (but a real frosting, not a pastry cream)
Check out Baked Sunday Mornings to see how the rest of the gang enjoyed these cupcakes.