How could I say no to this?!  Peanut butter, bananas oh and there are chocolate chips in it too.  OH SNAP!  Oh snap indeed, dear sir.

I didn't get to make last week's recipe, Chocolate Banana Tart, so I've got the bananas on hand.  Actually, I had enough for that recipe (had I made it) and a couple of loaves of this bread. (And the rest of the bananas were going in the freezer.)  I got a huge bag of ripe bananas last week at the grocery store.  I hate not having ripe bananas in the freezer (as one never knows when a banana bread craving will strike).

This recipe couldn't have been easier.  Well, it probably could have been.  But I think when no mixers are involved, it is pretty darn easy.  (Whoa, watch the language there, Missy.)
When I read the recipe, my mind was kinda blown.  Peanut butter in my banana bread?  Chocolate chips are one thing, but peanut butter?  Oh sure, I've eaten peanut butter and banana sandwiches in my yout.(That's youth for anyone not familiar with the movie My Cousin Vinnie.)  But in my banana bread??  Mind blown. 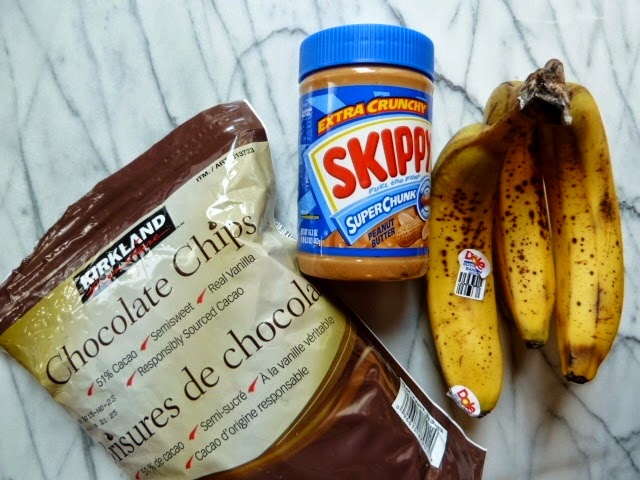 The only thing I changed in this recipe, was subbing apple sauce for the vegetable oil.  I do this quite often in recipes.  I figure it is one good substitution.  And it really isn't noticeable.  The finished products are still moist and delicious.  Hold that thought though, as I haven't tried the bread yet. 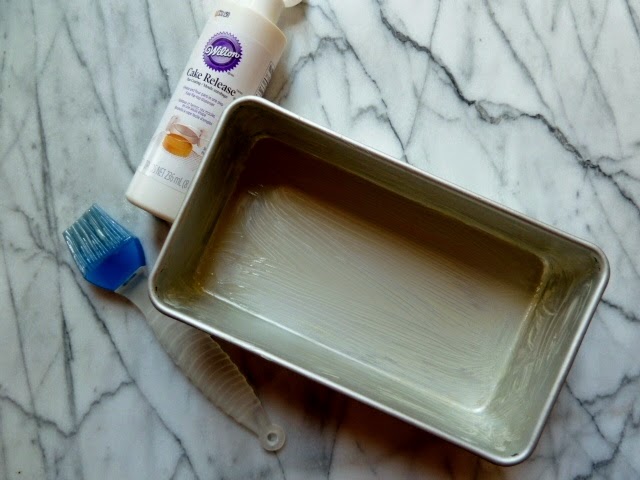 Start the show with a little cake release.  That sounds kinda wrong. (I guess unless you're a cake.) 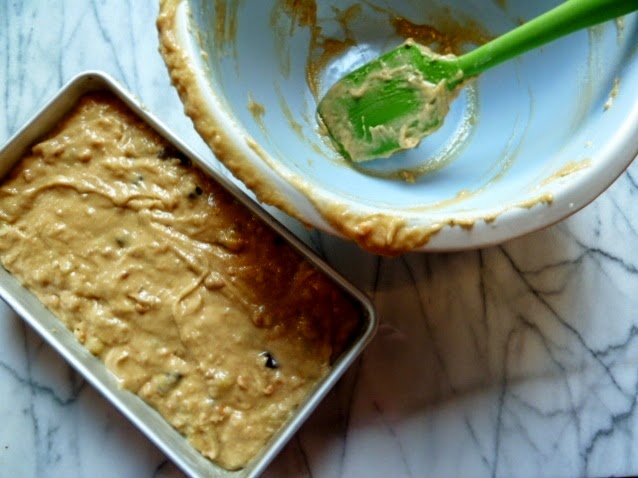 Wet and dry ingredients got stirred together (in one bowl).  It is so easy, and fast.  And in no time, is ready for the oven. 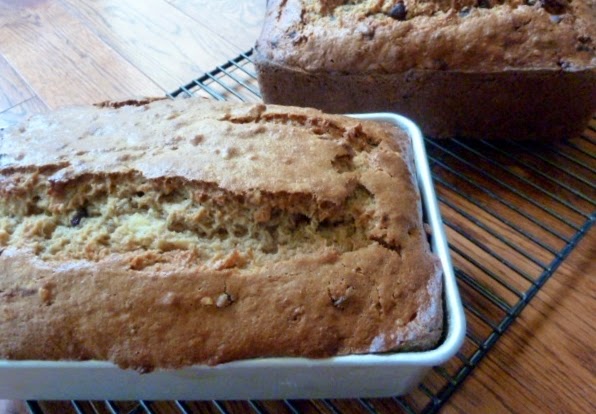 An hour and 10 minutes later, the loaf is baked and cooling.  Hey, this recipe only makes 1 loaf?!  Yep, I did two loaves.  One at a time...no doubling the recipe for me.  Shrug.  I have this 'thing' about doubling recipes.  I swear they won't turn out.  Baking Paranoia.  (I'm gonna make it a thing.)

The first tasting of this bread was the day I made it.  The peanut butter was very prominent and stole the show.  (that's not a bad thing)  It was a moist and delicious bread (yes, even with applesauce instead of oil).
The second tasting was the next day.  This time, the banana flavour came through more and mellowed out the peanut butter taste (and there was much rejoicing from the banana fans).  This is a fantastic recipe and not your Grandma's banana bread. 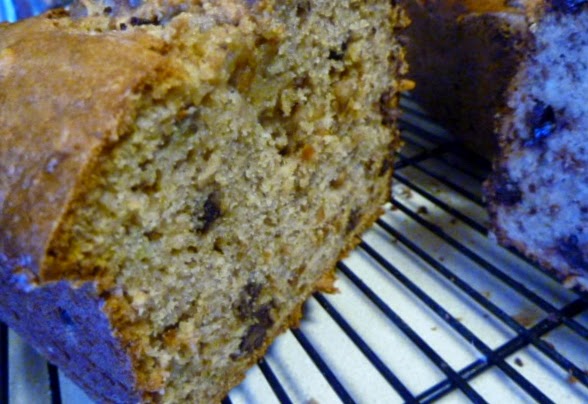 Head over to Baked Sunday Mornings to see how the rest of the gang liked this bread and to get the recipe.  Yes, you need to make this (unless you have a peanut allergy...then you need to avoid this and all those darn peanut loving people.)  Language!

If you want a different banana bread, try this one. (I may have called the Baked Boys mad for combining Bananas, honey and poppyseeds.)  The recipe can be found here.

That is all.  Thanks for being out there.