Yep, you read right.  I'm making whoopie.  And I'm doing it in the kitchen.  <wink>  I even bought bananas.  Kinky.
So yeah, I bought bananas.  They were already kinda sorta ripe...but not ripe enough for whoopie.  Okay, I feel I need to clear some things up.  I'm making Banana Whoopie Pies.  Whoopie!!
Fast forward five days:  My bananas got a little too ripe.(Scary ripe.)  So ripe, that I'm a little afraid to touch them.  Say a prayer for me.
Time to go shopping for more bananas...again.  Whoopie will be delayed. So much for spontaneity.

I've been reviewing blogs that talk about making whoopie. 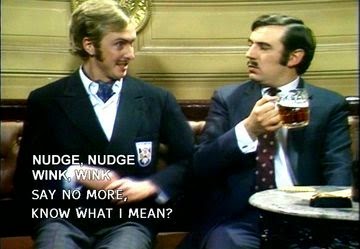 Stop it!  Whoopie pies.  I've been looking at blogs about making whoopie pies (mostly).  And a common complaint seems to be the problem of the cake part being sticky on top.  I guess kind of like the top of a cake, when it comes out of the oven.  So I have an idea.  I'm going to use a whoopie pie pan.  Mmm Hmm, there's a pan for that.  And I bought it! 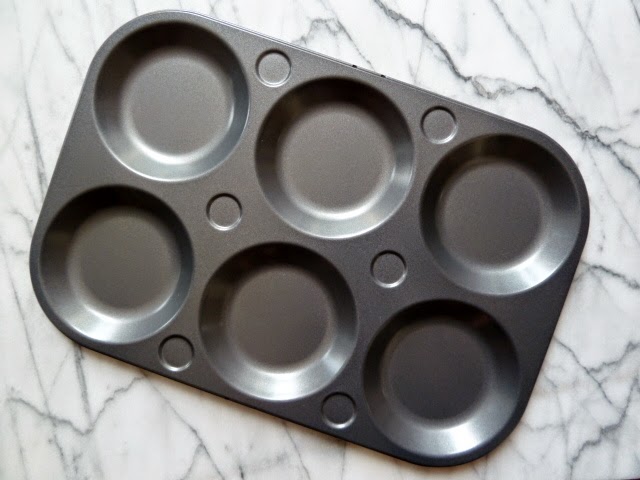 It's shake and bake and I helped.  Umm no, it's a whoopie pie pan.

Before I get started, I just want to confess something.
I put all my eggs in one basket.  Idiom.  What did you call me? 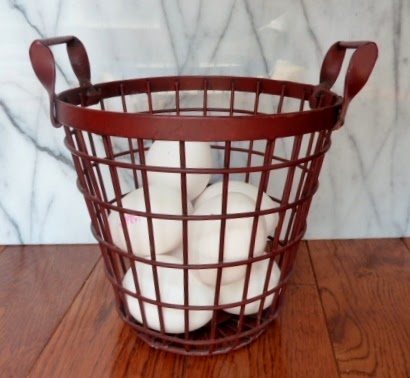 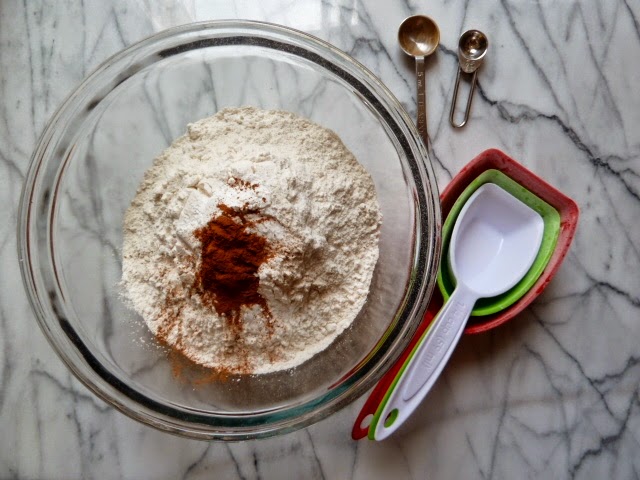 Dry ingredients need to be whisked together.
Whisking was done with the consent of all ingredients. 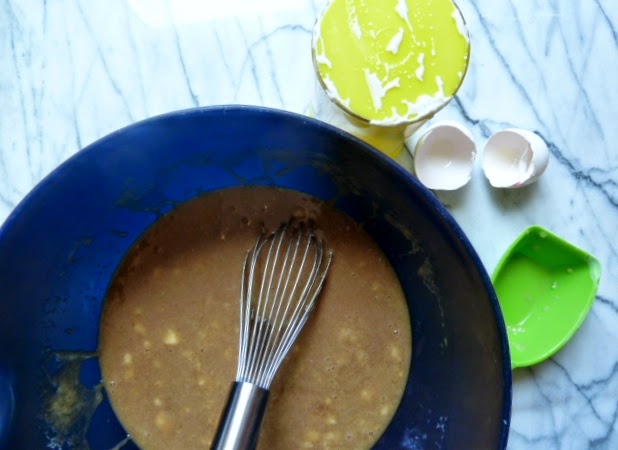 Next, the wet ingredients get mixed together.  Mushed up bananas get whisked in with brown sugar, canola oil, sour cream and eggs. 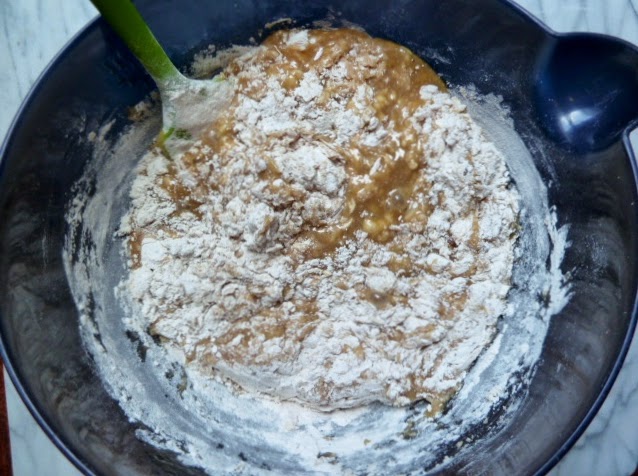 Lastly, the dry ingredients get folded into the wet ingredients.
It's a good day in the kitchen, when the kitchenaid isn't needed to bake.  What a treat!  To the whoopie pie pan!  Yes, the kitchenaid will be required for the filling.  (But shhh, let her have this little victory.) 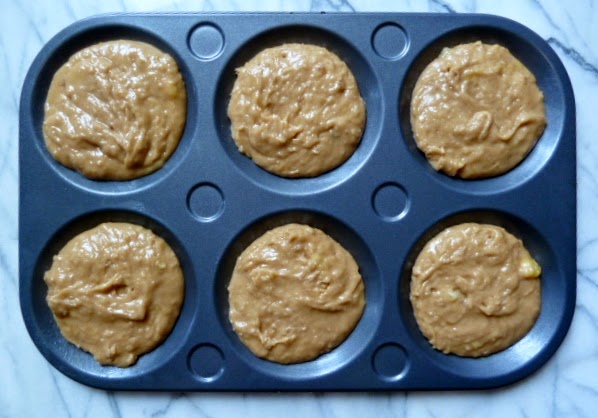 Do the pie pan!  It's like the hustle, just without the dancing, singing, platform shoes and everything else that is the hustle. 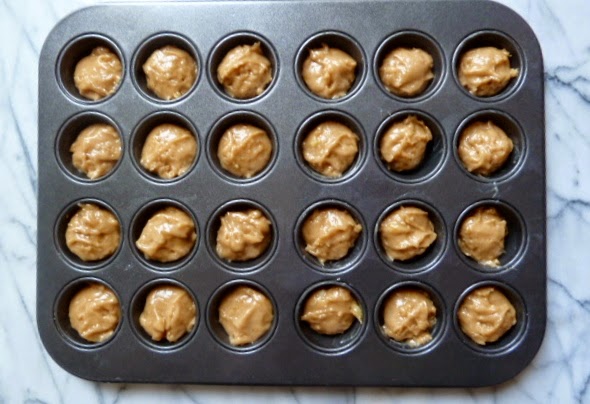 And because I didn't feel like waiting for the pan to cool before making another batch, I decided to make mini muffins. I also made three mini bundts.  I said pardon?  Bundts.  I didn't take a picture before baking though...'cause I'm super fly...or I forgot.


The batter tasted very brown sugar-e and less banana-e (is what I would have said if I had tasted the batter before baking).  That is all. 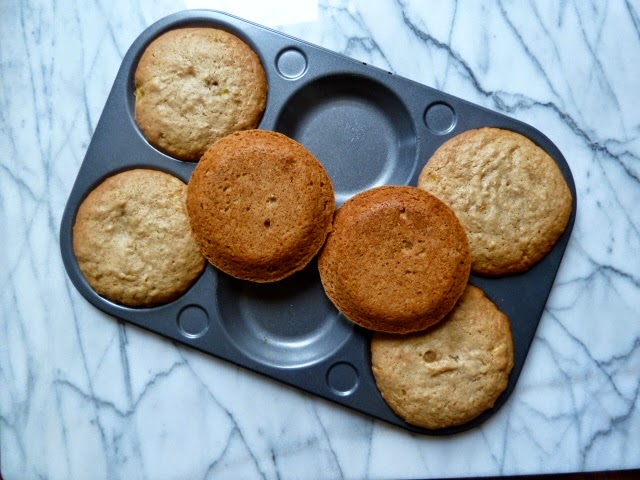 Whoopie pies are out of the oven.  I was a little concerned that they would stick to the pan (because I put a smidge too much batter in the pan).  But they didn't.  (Victory is mine!)

I'm concerned that I thought having a whoopie pie pan would make a difference to the top of the cake being less sticky.  The top will always be the top, no matter what pan I used.  Dumb, dumb.

And now I'm concerned that the shape is strange.  Concern rising.
(Quick, show her something shiny.)

Oh look, everything is all baked and cooling. 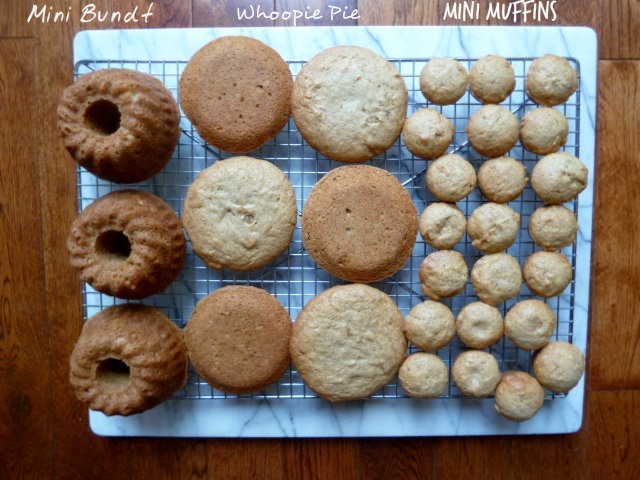 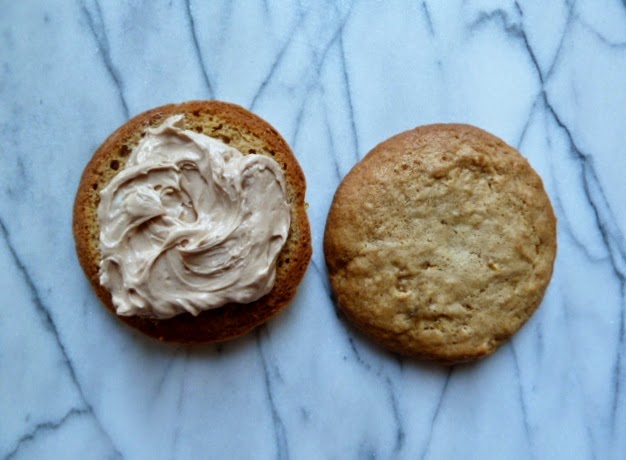 Back to the concern at hand.  The whoopie pie shape.  I have dealt with it.  It involved a knife.  I won.

I just cut a little off both sides (the insides).  And then I put some Milk Chocolate Swiss Meringue on one side and smooshed them together. 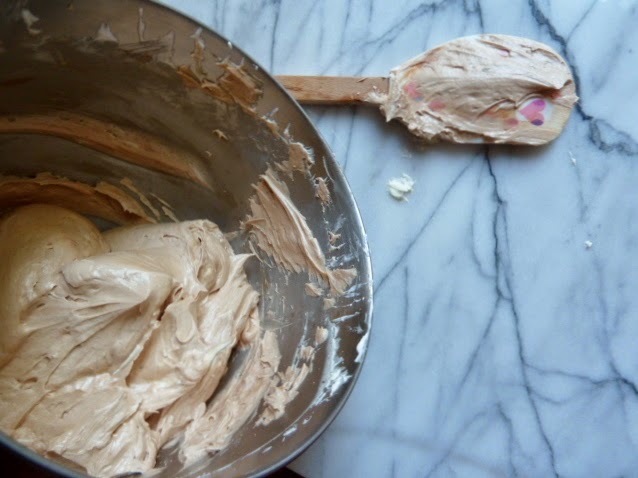 Oh, and about that Milk Chocolate Swiss Meringue (butter cream)...it was da bomb!  And not just because it turned out. (butter cream can be very finicky)  It really was tasty. 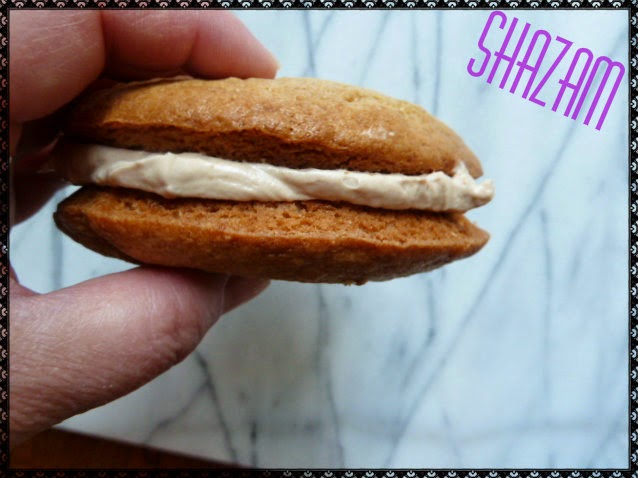 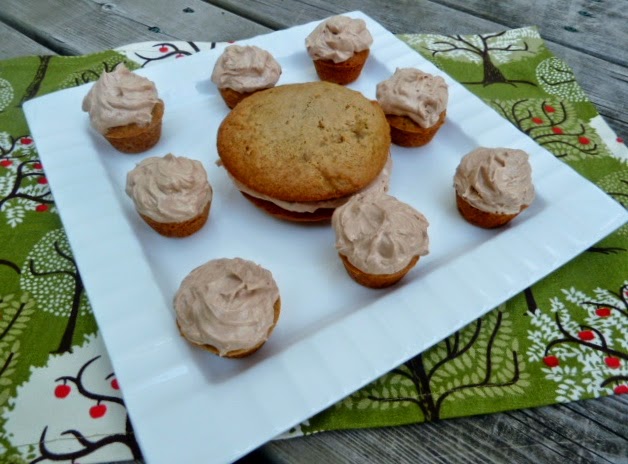 A lone whoopie pie with his mini muffin buddies.  You're never alone when you have mini muffins.
This plate went to the neighbours (and I even left the goodies on it).

So these were good.  But  (oh no, a but...why...why!!!!)  Well, I didn't really taste the banana in these.  I thought the brown sugar flavour was very pronounced.  Now that's not a bad thing, but when they're called Banana Whoopie Pies, I think they should taste like umm banana. I wonder how the rest of the Baked Sunday Mornings Gang liked these whoopie pies.

Before I go, remember the garage sale find I shared here.  I did a little updating to them.  I spray painted the metal decorations metallic black.