But first, let's make some marshmallow cream...otherwise known as fluff.  I have to make it, because I don't have any fluff in the cupboard.  Don't cry for me.  I will overcome this tragedy and become stronger someone who has fluffed I mean fluff. 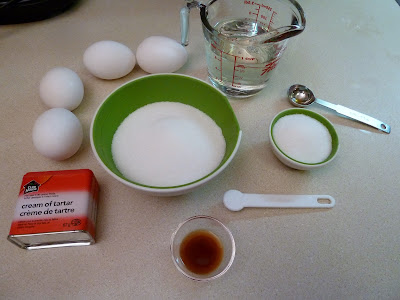 Ingredients for the marshmallow cream: egg whites, corn syrup, sugar, cream of tartar, vanilla and salt.  (and some water) 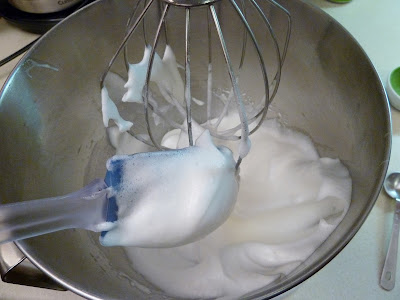 The egg whites get whisked. 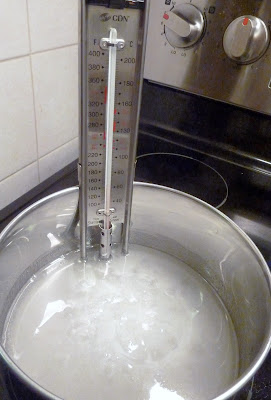 Next, the sugar, corn syrup and water are stirred together in a saucepan and then the heat is turned up and the candy thermometer comes out to play. 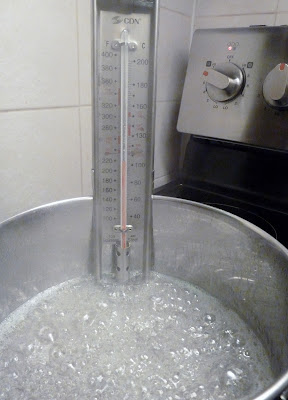 Just have to let this mixture boil until it heats up to a hot 248 degrees. 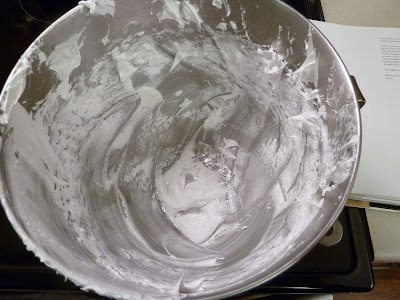 So now this extra hot sugar mixture needs to be slowly poured into the Kitchenaid (while it is running) and mixed in with the egg whites.  This never goes well.  I always end up with sugar stuck to the sides of the bowl.  Charlie Brown never had it this bad.  Never!  Okay, you can't see the sugar stuck to the sides, but it's there...it taunts me. 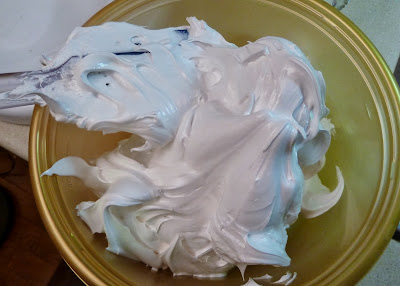 And here is my fluff...in all its fluffy sticky beauty.


Next day, I got down to the business of making some fudge.  So yes, here come the fudge. 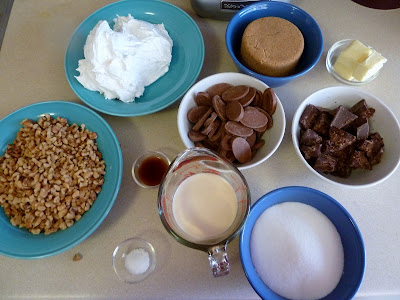 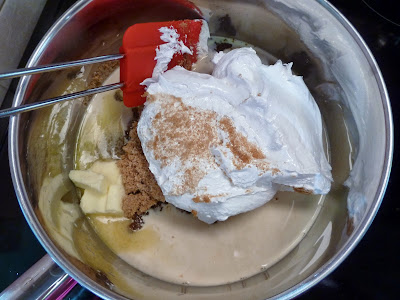 All this stuff needs to get melted.  Sugars, butter, evaporated milk, marshmallow cream and salt. 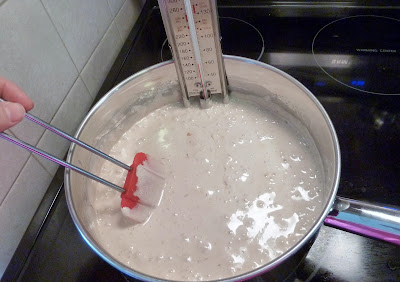 And now comes the scary bit.  Once this all dissolves, it needs to boil until it reaches 230 degrees.  Also known as the 'Danger Zone'.

Double, double toil and trouble.  Fire burn, and cauldron bubble.  What?  I like to bring a little drama to the kitchen.  (Preferably drama that doesn't end in me being burned by boiling sugar.) 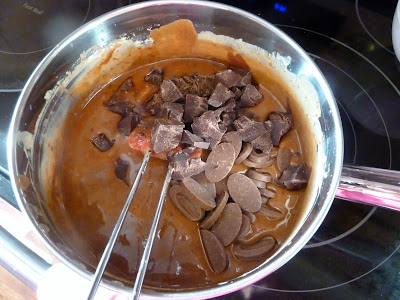 After it has reached the proper temperature, it is removed from the heat and the chocolate gets melted in. 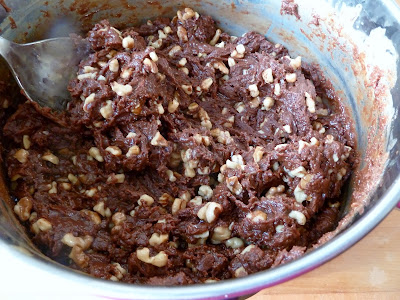 And finally, the walnuts and vanilla get stirred into the mix.
Arm of steel is needed to stir this now. (Not my arm.) 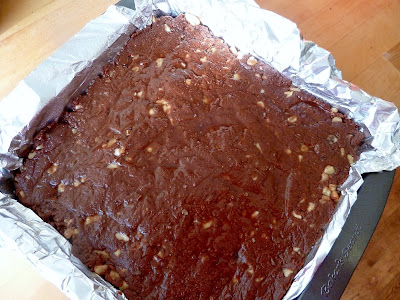 Fudge.  Minus the eye of newt and toe of frog.  Surprisingly, few recipes call for those two ingredients...good thing they don't have an expiry date. 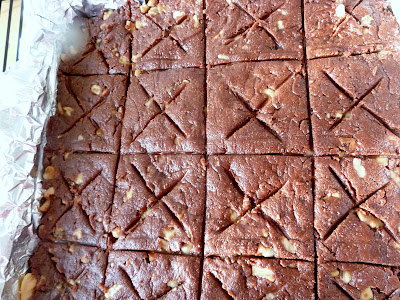 I have scored the pan of fudge to the best of my abilities.  X does indeed mark the spot (that I had troubles making x's). 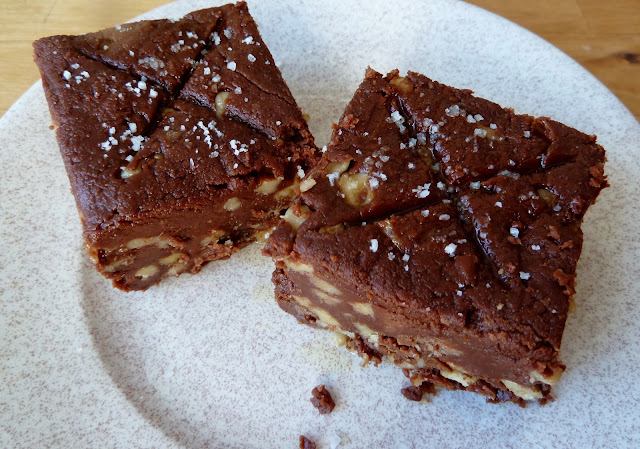 The Hubbie has decreed that this fudge indeed be good.  I have had a taste and it isn't too bad.  I don't hate it.  It is tasty in fact.  I enjoy the hit of olive oil and salt, as it cuts the sweetness of all that sugar.  I do believe it would make a lovely gift.  And 'twas little toil and even less trouble. 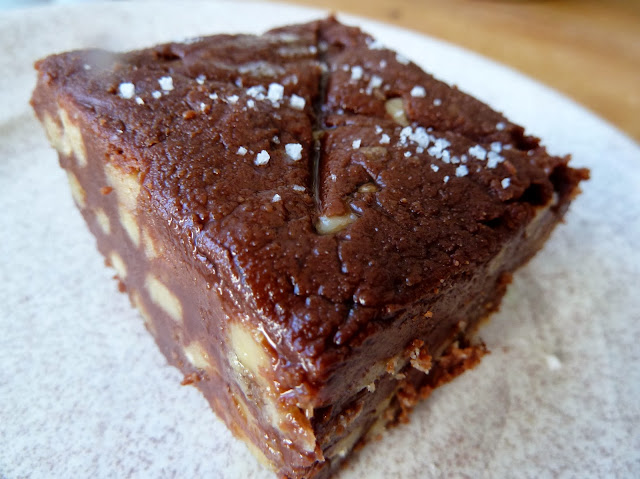