I'm new to devil dogs...the name makes me think of  a mash up of deviled eggs and hot dogs.  I didn't say it was a good mash up.  (Guess I should have warned ya, before I continued...well too late now!)  Apparently, these devil dogs are like Hostess cupcakes or Ho-Hos.  That sounds way better than my mash up!


Sorry, this song has been stuck in my head (all week), and I just had to get it out.  Whew, now I feel better. (To be honest, I think it has been stuck in there since the early '90's.)  I'm in no way, trying to divert your attention from the fact that I'm going rogue today.  What?  Who said that? But she put Devil Dogs right in the title!!

It isn't that I don't want to make these Devil Dogs...I do...I really do. (Just not today.)  They sound very interesting and yummy.  It's just that...well...it's October and I need to get a pumpkin injection.  Umm, excuse me?  I want some pumpkin in me?  Uh, I think you need to go bake something now and for the love of pumpkin; stop talking. I've got a fever, and the only prescription is more Pumpkin!(Or was it cowbell?) 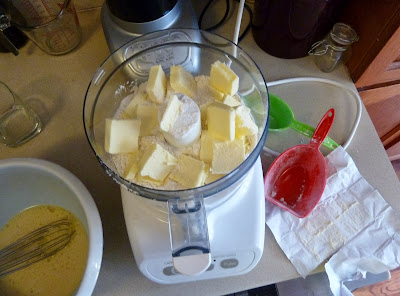 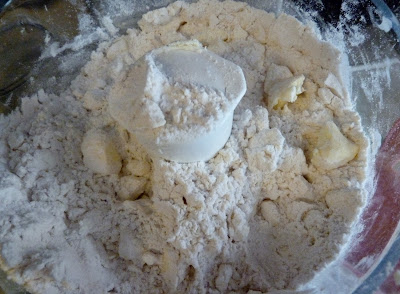 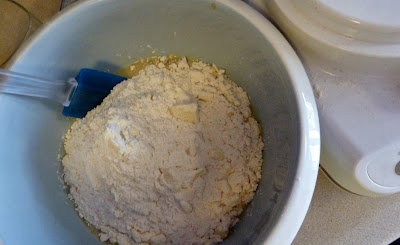 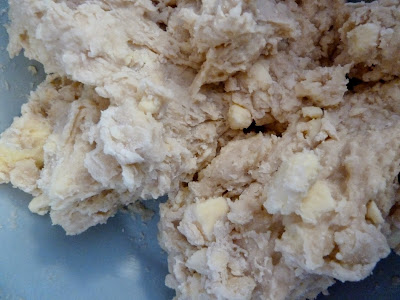 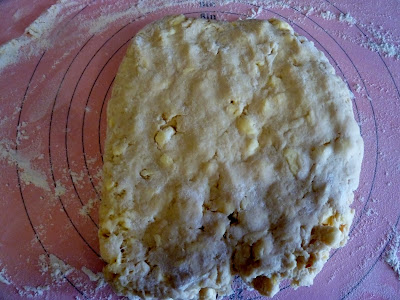 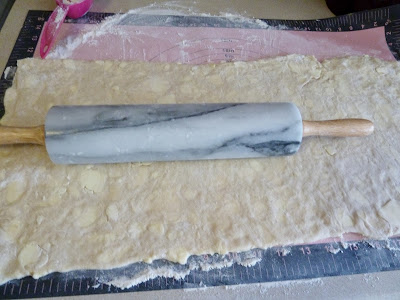 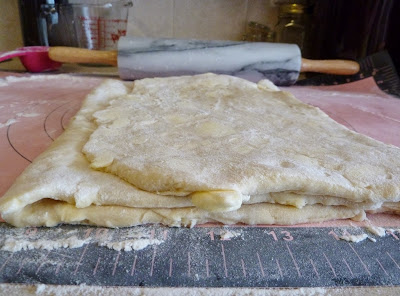 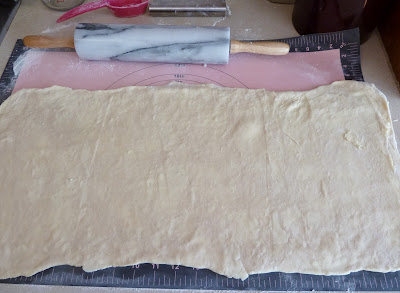 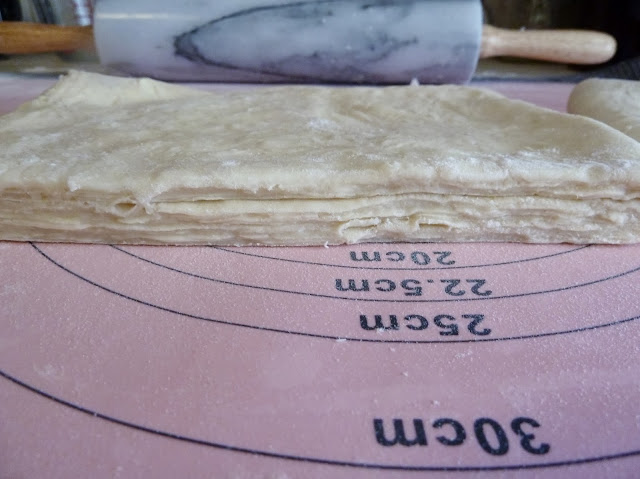 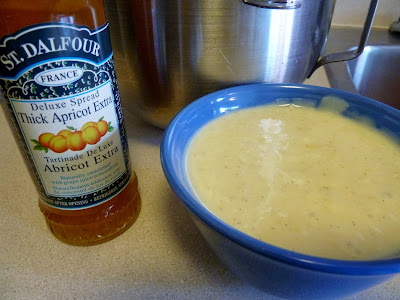 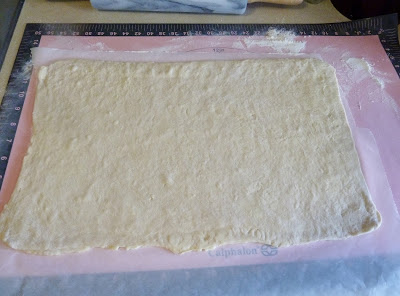 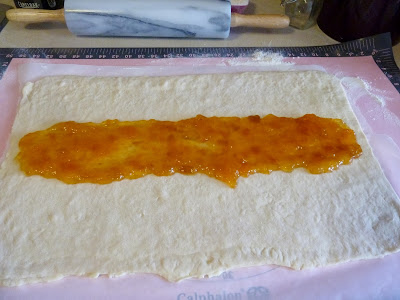 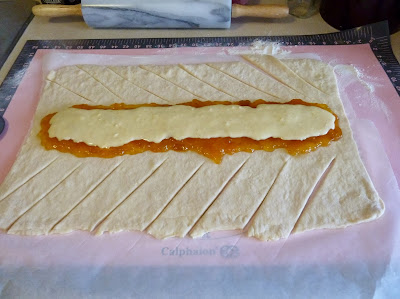 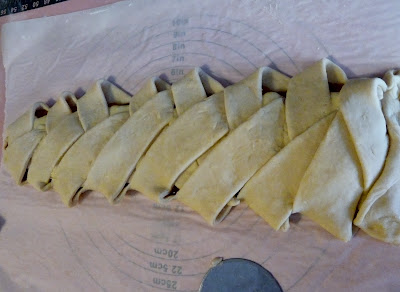 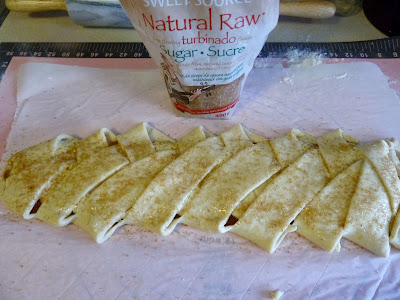 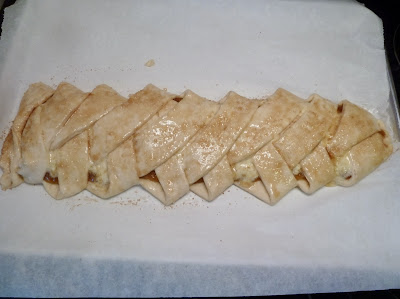 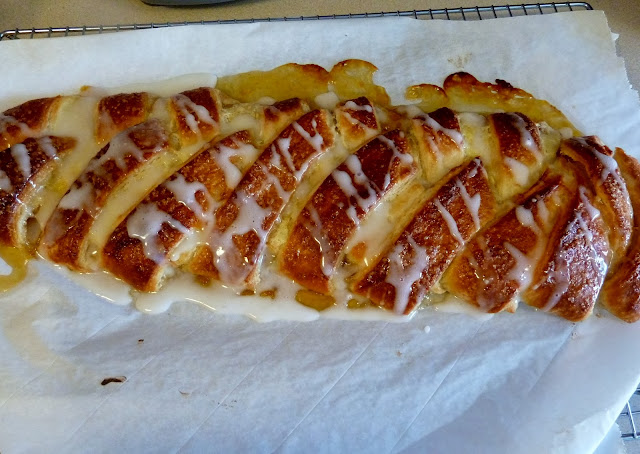 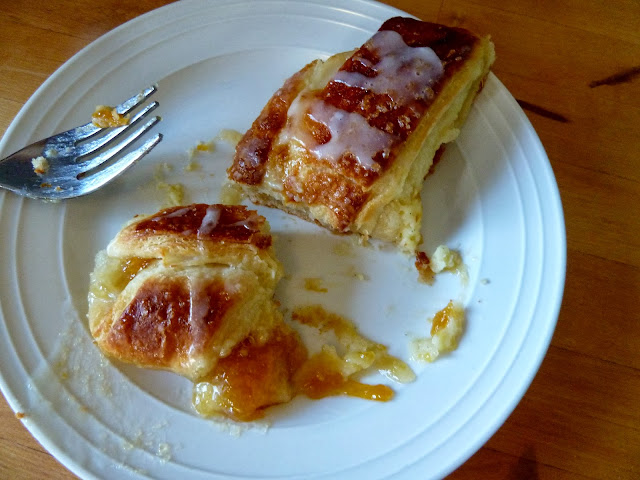 
I almost didn't make today's recipe. (I feel like I say that a lot.)  Sometimes I feel so rushed to get the first recipe of the month done.  It may be because we get the recipes a week before the first one is due, so I feel rushed. (Plus, I also bake with another group--Baked Sunday Mornings.)  I had a recipe due for that group around the same time.  I made these, Brown Butter Snickerdoodles and loved them.

Enough about my inability to manage my time!  Let's get these cookies rolling.  (Please note, cookies were indeed rolled in the making of this recipe...but none were harmed....unless you feel eating said cookies is harming them.) 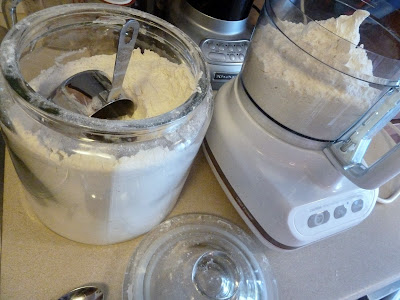 This recipe starts with the dry ingredients being pulsed in the food processor.  Okay, so far not to hard.  I like pushing buttons as much as the next person...but generally, it is the next person's buttons that I'm pushing.  (The pulse button will have to suffice for now.) 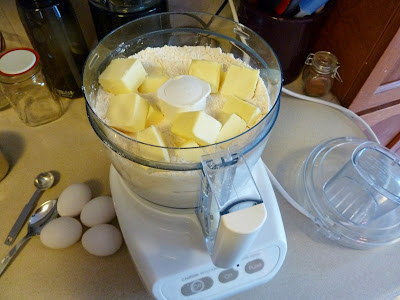 Next to be put in the food processor, is the butter. 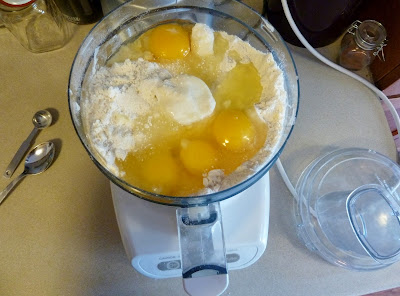 And lastly, the eggs get  a turn in the whirly go-round (shh, don't tell them there's a metal blade at the bottom). 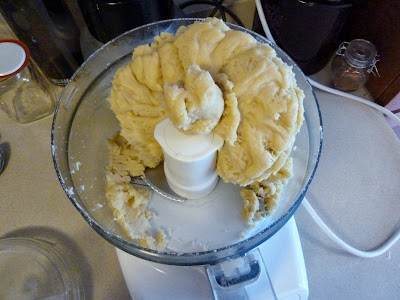 And here is the finished product.  I like the ease of this recipe so far.  (And imagine, I almost didn't make it!)

All I have to do, is shape it into a log and set it aside....just set it aside...not in the fridge or the freezer or anything....and I can use it right away.  (No wait time?  Whoa!)  I feel like every recipe I make lately has wait times before I can actually finish the dish.  Now I wouldn't say I was an impatient person, I just don't like waiting.  What?  That's not one in the same!


Next, the filling needs to get mixed up.

The figs get their stems removed and thrown into the same food processor bowl that the dough mixture was made (no cleaning of the bowl required...that there is some sweet words to a baker). 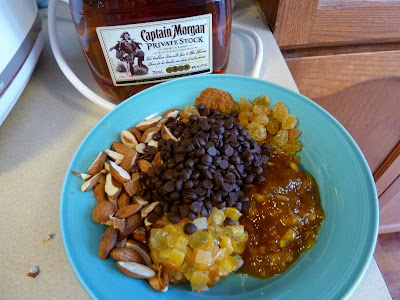 The rest of the filling ingredients get added to the bowl.  I couldn't find candied orange peel, only candied mixed citrus (close enough).  And because I was sure I had apricot preserves in the pantry, I am using orange marmalade....sigh.  I'm pretty sure the pantry ate the preserves.  (Video surveillance is being installed right now.) 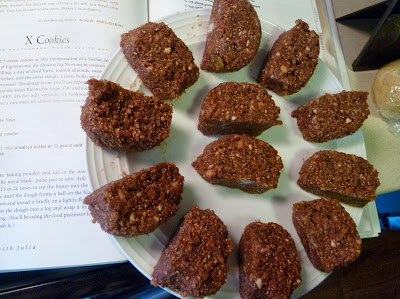 Next, the 12 sections of the filling get rolled into tiny logs, that then get rolled in one of the 12 little dough logs.  Seriously, I'm totally logged out.  And I can't share the pic of the filling log in the dough before it gets rolled up.  I just can't.  It isn't pretty.  It really looks like a log...of something. 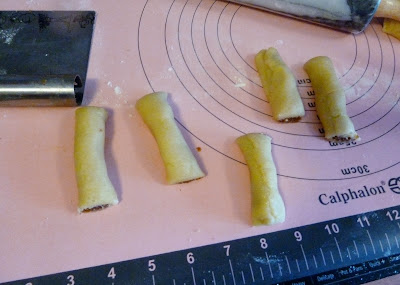 So, let's just move on to the filling already rolled up into the dough, pic...much more palatable shot. 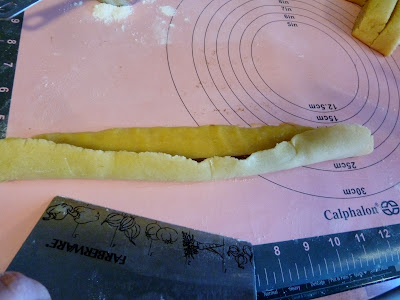 Okay wait, I can share this shot of the dough being rolled around the filling.
And can I just say, that I used this Pastry scraper for a lot of the process.  (One of those kitchen tools I can't live without now.) 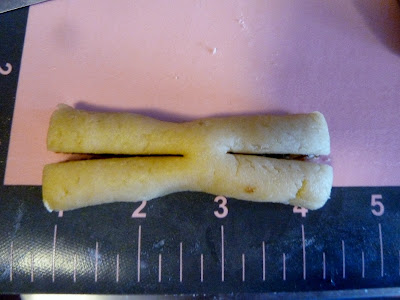 The little rolls then get cut on both ends.  Starting to look kinda cute.  But wait, there's more. 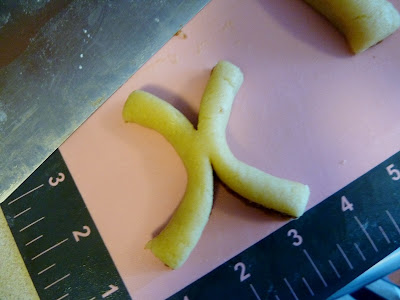 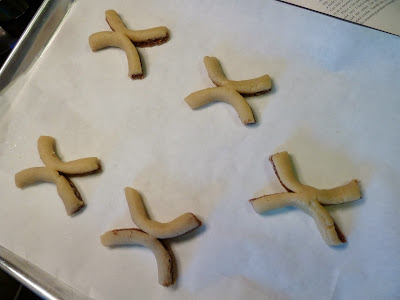 And into the oven they go. 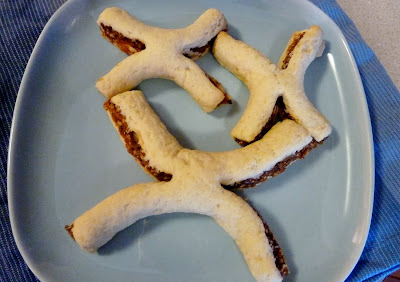 Cookies have been baked.  And I'm so glad I did make and bake these little cutie patooties! These cookies are going into my 'must make again' list.


X Cookies and Brown Butter Snickerdoodles just hanging out on my new two tier serving tray. (Thanks, Lisa!)  It's better than bad, it's good!