These little pastries look good.  I'm a little anxious about making the dough though, but I think that is a normal anxiety for me.  One day, I will have dough making down pat!  I see that it is a long process for the dough making, so I think I will give myself a day to do that and then make the pockets the following day. (Famous last words of the always rushed.)  I so hope they turn out.  They looks so darn cute! 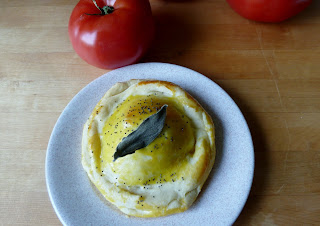 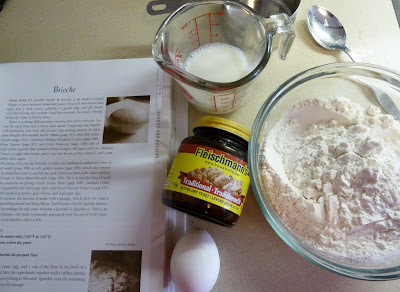 First, the sponge needs to be made.  Pretty simple with just four ingredients.  So far so good. 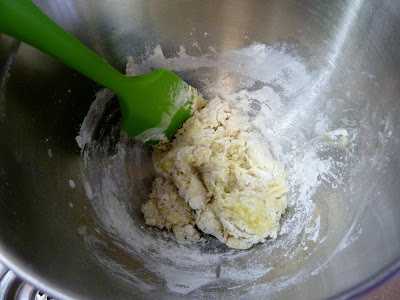 These few ingredients turn into this. 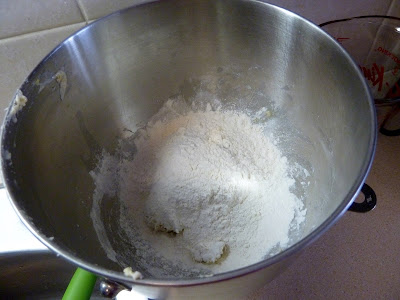 And then the rest of the flour is added on top of this sponge.  At this point, the sponge needs to sit for 30-40 minutes. 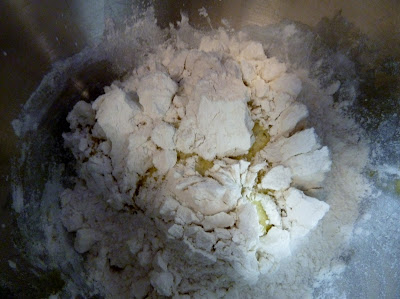 As per the instructions, it is ready when the flour cracks. (Like so.) 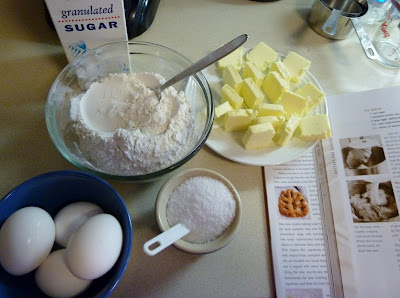 Next step is to make the dough.


The eggs, sugar, salt and a cup of the flour get mixed together.  Once all incorporated, the rest of the flour is added and then the dough is processed in the KA for 15 minutes.  Yep, my KA was working hard today.  Poor little guy.  But he made it and got to cool down for a bit afterwards. 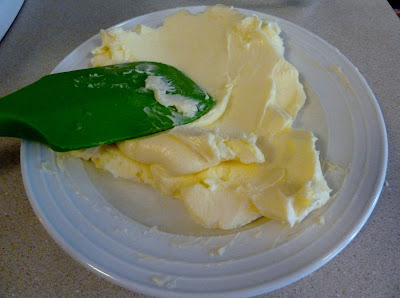 After that, the butter is smoothed out so that it can be added to the dough, a tablespoon at a time. 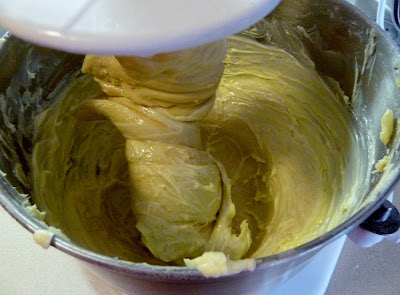 That looks like one buttery mess.  Sure do hope it all blends in together....having some dough doubts. 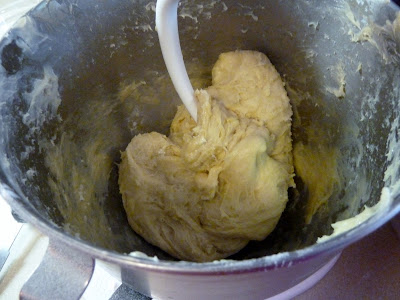 After a couple more tablespoons of flour, this dough finally came together.  Whew!  I don't know if my KA or I could have gone on much longer. 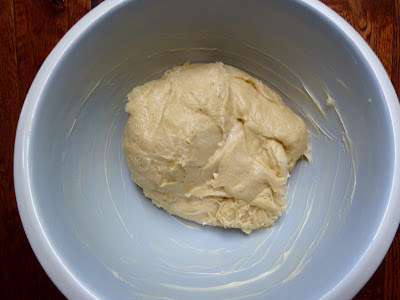 After that, the dough gets to relax for 2-2 1/2 hours in a large buttered bowl.  Hoping it rises up nicely. (Fingers crossed.) 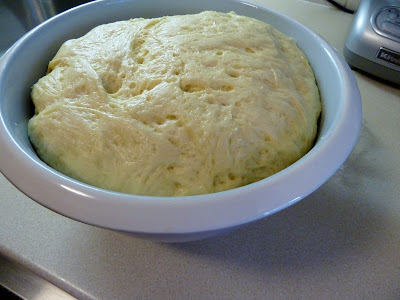 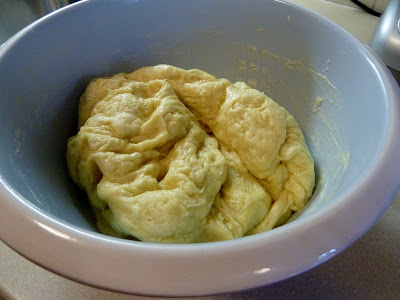 For the second rise, it gets deflated and then put in the fridge for a few hours or overnight.  I went with the overnight rest. 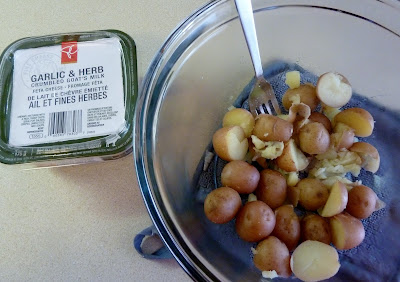 But before I was done in the kitchen, I wanted to make the filling portion (or at least part of it).  First I steamed some red potatoes.  The recipe called for 4 small red potatoes.  I don't think they meant the nugget potatoes I had, so I added more.  The potatoes were to be skinned; I didn't bother.  These little guys are very thin skinned. 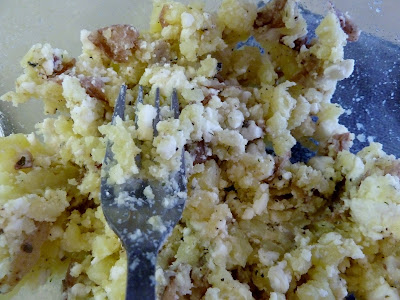 Once they were fork tender, I mashed then with said fork and added crumbled goat cheese to them, with a little salt and pepper.  (I suddenly have a craving for mashed potatoes.) 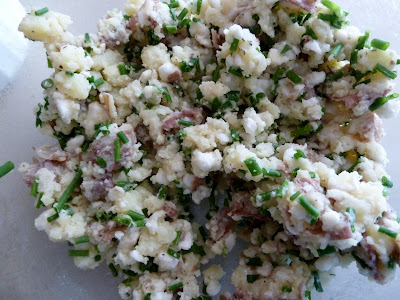 Lastly, need to add the chives.

Day 2: Brioche Pockets in the Making 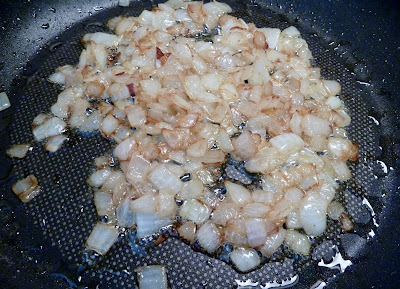 First, I need to caramelize some onions. 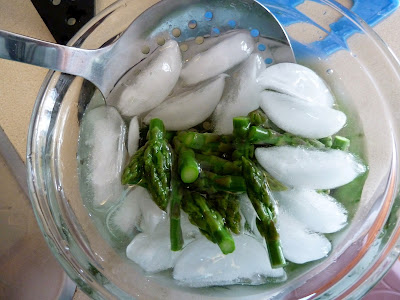 And while I'm doing that, cook the asparagus until fork tender and then cool in ice water.  I feel so kitchen savvy using an ice bath. 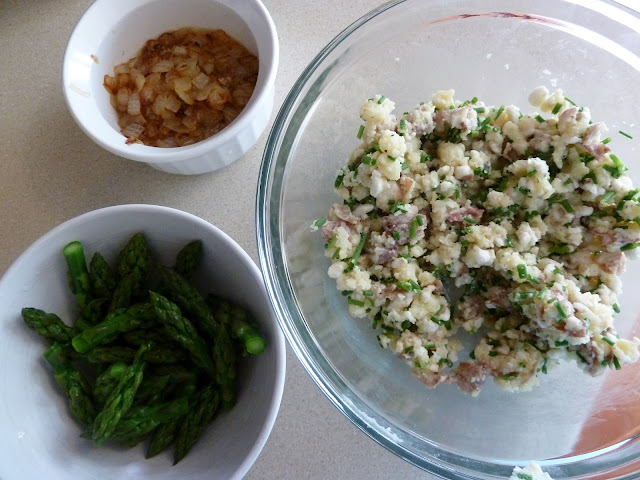 So now that I have my three ingredients ready I can move on to the rolling out of the dough. 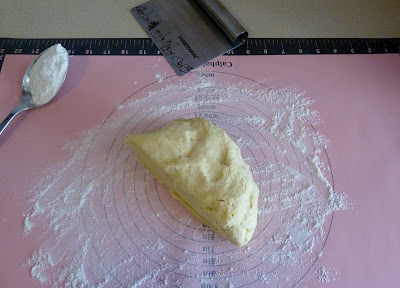 I split the dough in half and left the other half in the fridge.  I think I might save it for something else. (Not sure what that something else is yet.) 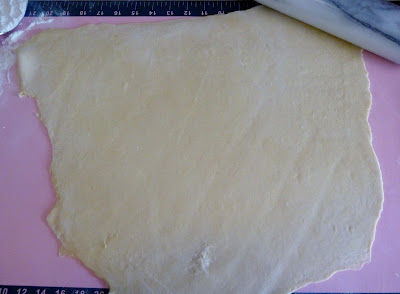 The dough is very nice and rolls out really easily. (whew)  Not that I was worried.... 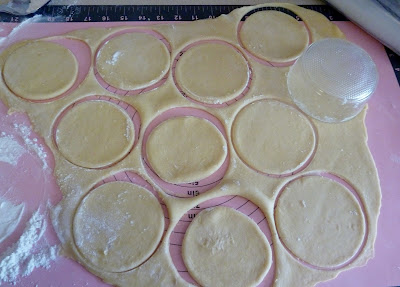 I don't have a 4 inch biscuit cutter, so I just used a glass bowl to make the cut outs.  I think it worked out well.  Looks like I have enough to make 5 pockets. 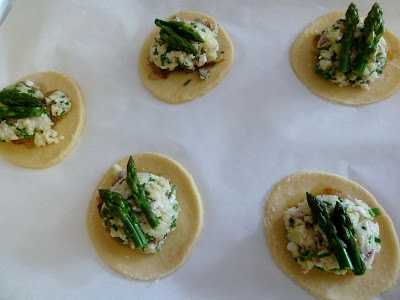 Okay, these are looking good.  I think they just might turn out.  <Insert contained glee here!>  Eeee!! 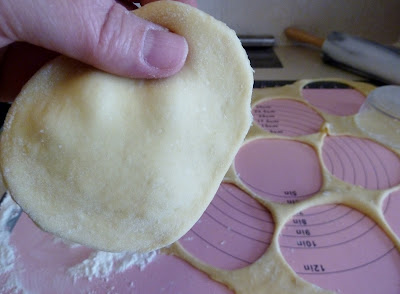 Next, I just need to top the pockets.  The dough needs to be dimpled to make the circles a little bigger than the first circle, so that it will fit over the toppings. 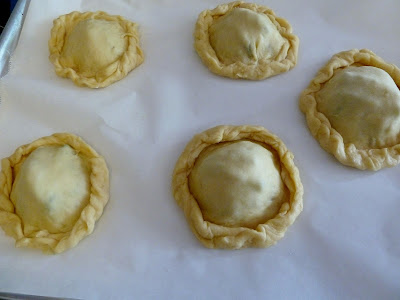 And now for the most crucial part, the crimping of the edges.  I tried to roll up the sides by pulling the edges out, and then rolling them towards the middle.  It sorta kinda worked....I guess.  No points for pretty, but they look like they'll stay together. 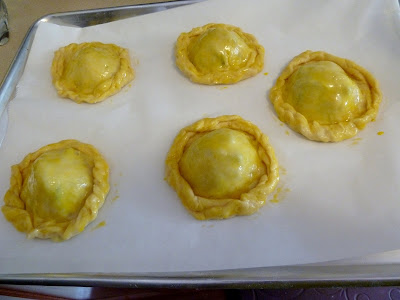 These now get brushed with the egg yolk and then left to sit for 20 minutes. 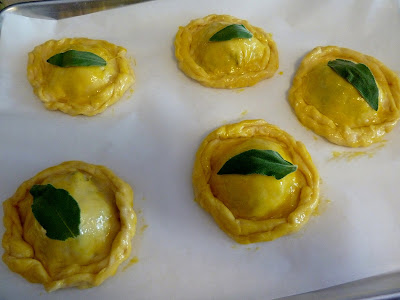 After 20 minutes, they get brushed with a little more egg yolk and then topped with poppy seeds and a sage leave.  (Poppy seeds were added after this picture.)  D'oh!  The poppy seeds will show up later, trust me.   Let's get these pockets into the oven.  These may or may not have been pulled out of the oven after 2 minutes when I remembered the poppy seeds. (Only me and the oven know for sure....and he ain't talkin'.) 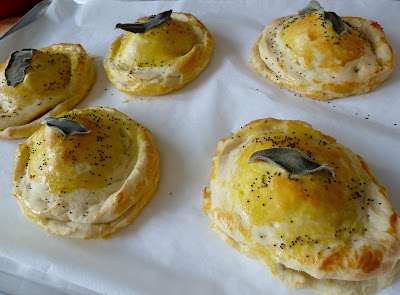 I thought they weren't ever going to get browned, but it happened and all is good.
I think they look great.  I am very pleased with the results (and I haven't even tasted them yet!) 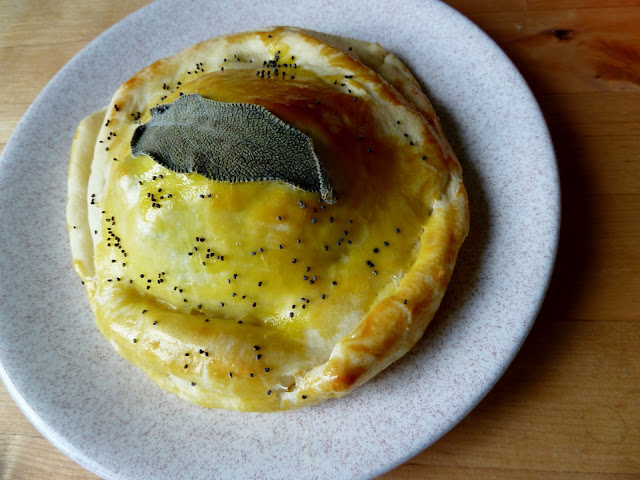 And now for the taste test.....drum roll please!!!!!
They're good!  The brioche is nice and light and the filling is so tasty.  I love the mixture of the caramelized onion with the potato and goat cheese.  Hubbie liked them too, thought they looked and tasted like something out of a bakery.  <contained glee bubbling over>
I would definitely make these again.  In fact, I'm wondering what other  things I could fill these pockets with, since the dough is so good.  Hubbie thought Calzones with roasted red peppers and chicken.  Hmm, I like that idea.  Brioche dough is waiting in the freezer until the day comes to make those. 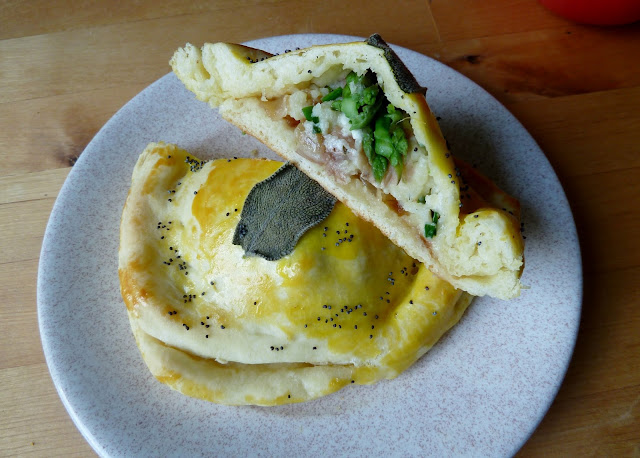 Our host today is Carrie from Loaves and Stitches.  Head over there to see how she did and to look at the recipe.  The rest of the gang are posting their links at Tuesdays with Dorie.