I decided to make the biscotti, since the cookies were part of TWD before I joined....and because I love biscotti.  I love the crispness of the cookie.  It is a favourite to dip into a cup of hot coffee/tea/latte......you name it.  There is just something so satisfying about dipping a cookie in a hot drink. 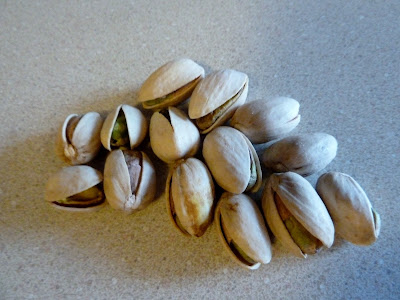 Rather than hazelnuts(I think I'm going to save those for nutella scones this weekend), I'm going to make mine with pistachios.

This is a super easy recipe and very quick to pull together.  Always a treat making something that doesn't involve pulling out the kitchen aid.  Just needed two bowls and a spoon. (score!)
I also added some dried cranberries and some chocolate chips to the mix.  ( A handful or so of each)  I love a little sweetness with my biscotti. 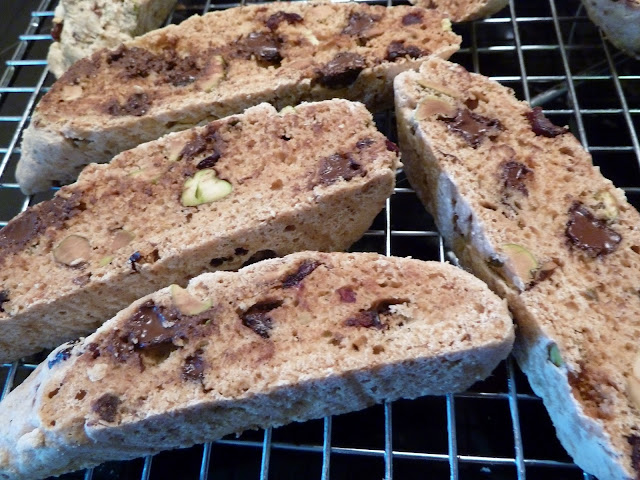 This recipe was originally baked on TWD back in July of 2012 hosted by both Jodi of Homemade and Wholesome and Katrina of Baking and Boys.

The biscotti turned out perfectly dry and crisp (which is a good thing for biscotti).  I've made biscotti before and I was too timid to let them bake long enough to dry out.  This time I didn't rush the baking process, and I was rewarded with some lovely biscotti to have with a hot cuppa. 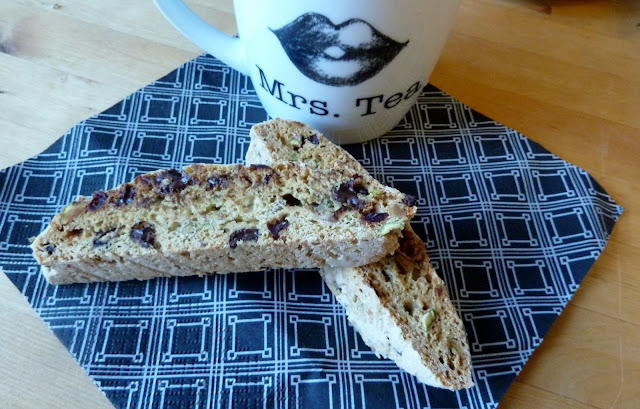