I do not know who this Aunt Sassy is, but a pistachio cake is pretty sassy!  This is the cake I am (attempting) to make for this week's Baked Sunday Morning post.  Sassy....wasn't that Dino's girlfriend in the Flintstones? 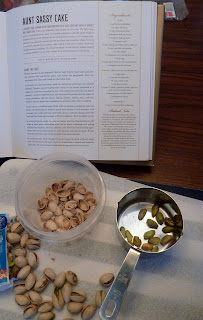 I've had pretty good luck with most of the cake recipes I've tried from Baked.  So I am hoping this cake making goes off without a hitch.  It is a three layer cake, so triple the risk.  Just gotta finish shelling these pistachios.........like the song that never ends......I shell pistachios over and over again.....oh good gravy, I haven't even covered the bottom of the measuring cup yet! 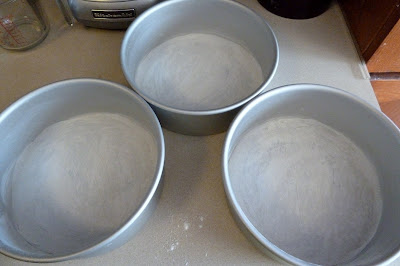 And so it begins like most other cakes.....butter, parchment, flour.   Cake tins are prepared.

to this...
Then we add the dry ingredients to the processed pistachios. 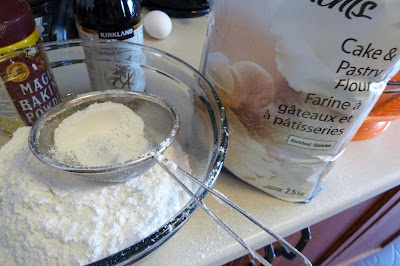 Time to give some attention to the wet ingredients. 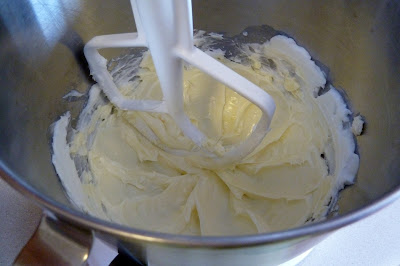 Butter and shortening get blended together. 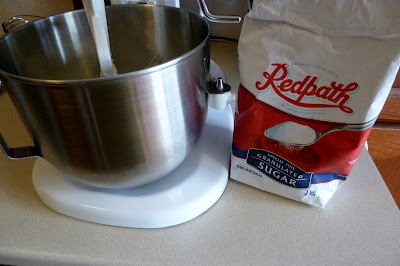 To that I will add the sugar.  Of course you just have to take my word for it, as we see no actual evidence of sugar going into the mixing bowl.  But why would I lie about that.....that's crazy talk! 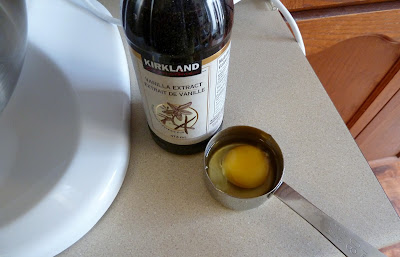 First you get the sugar......then you get the vanilla and egg.
After that gets all blended up real good, the dry ingredients and some ice cold water get mixed (in three parts) to the wet ingredients. 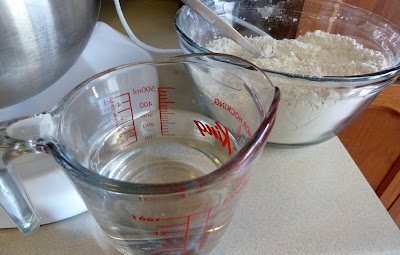 Three egg whites and a smidge of cream of tartar need to be whisked. 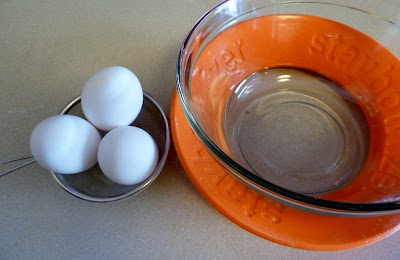 Soft peaks?  Sure, let's call it that. 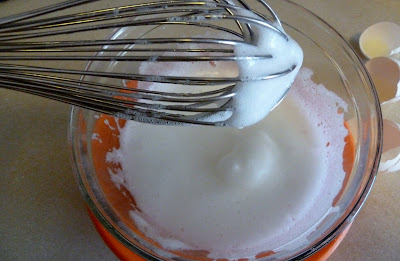 And with only the power of the spatula (and my mind) I will fold these egg whites into the batter. 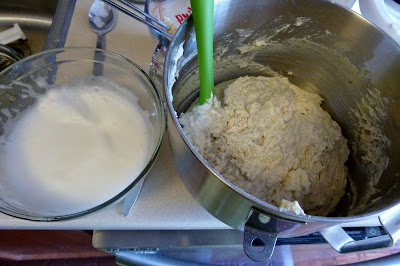 ﻿
﻿
And then by magic, pop those filled cake tins into the oven.  Bada Bing Bada Boom. 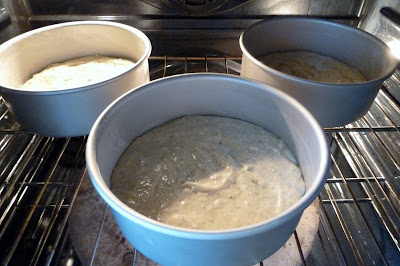 Time has been set for 45 minutes. <insert Jeopardy theme here>
The baked boys weren't kidding when they said, "It is not a one-bowl, whip-it-up-in-an-hour cake...".  And these are just the dishes for the cake....I still have to make the buttercream! 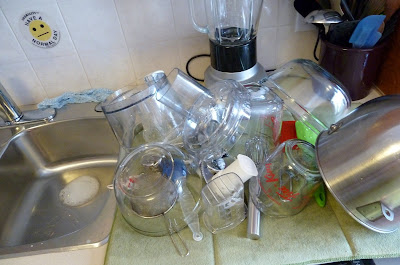 Here are the cakes fresh from the oven.  And man, do they smell good.  Sure do hope this cake turns out! 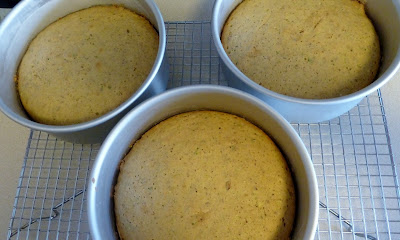 Once the cakes have cooled, I can make the buttercream.  (Honey Vanilla Buttercream) 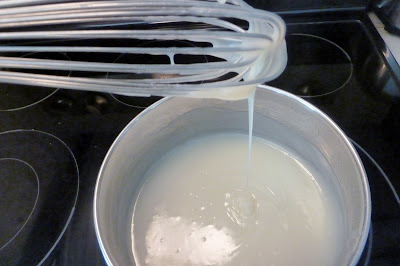 Sugar, flour, milk and cream get heated on the stove top and whisked until it thickens. (About 10 minutes.)
﻿
This mixture then needs to be poured into the KA and with the paddle attachment, mixed until it cools down. 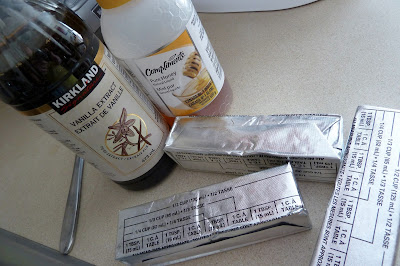 After the mixture has cooled down; butter, vanilla and honey are added.
The cake is layered with buttercream between each layer, and then a crumb coating (a very thin layer of buttercream) is spread on the cake.  No exactly pretty, but a necessary thing to do. (So I have learned.) 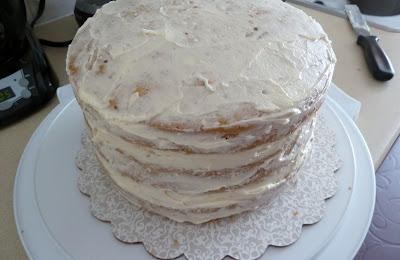 The cake is put in the fridge to firm up the crumb coating.  This helps cut down on crumbs getting spread into the buttercream.  It is the step that I have forgotten more than once and have then had the crumbs of inevitability in my buttercream.  But not today!!  Ain't no crumbs on me!  The Crumbs of Inevitability......surely the title of the next Baked Boy's book! <giggle>
After spreading the rest of the buttercream, the recipe says to garnish with crushed pistachios.  I decided against that and garnished with these pretty violet candies instead.  Spring is in the air after all and aren't these candies darling!  Plus, there was no way I was shelling anymore pistachios! 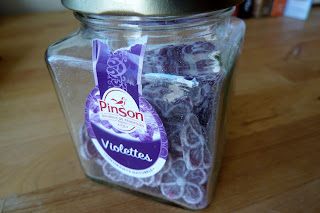 And here it is in all its glory.  I will let the pictures speak for themselves (and maybe a caption or two). 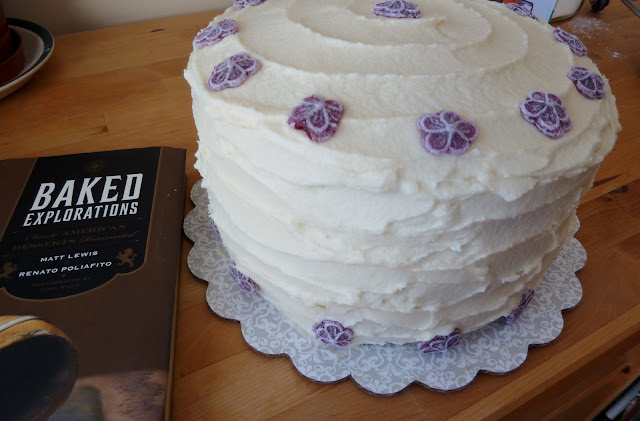 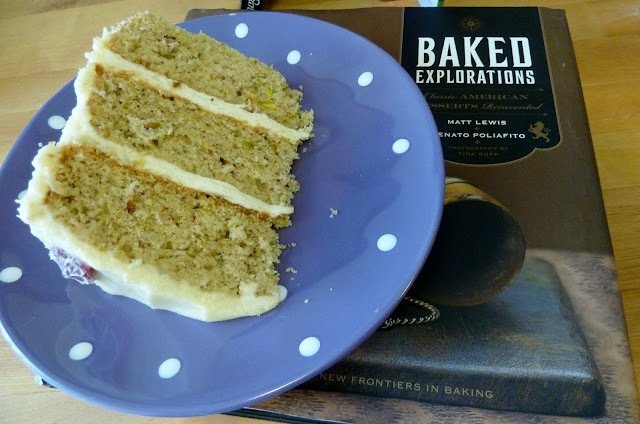