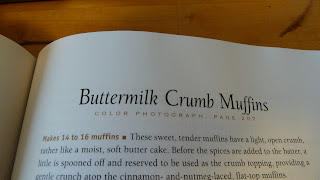 
I was able to start this recipe without going to the grocery store first.  Okay, it is a fairly basic recipe. 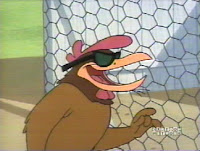 But still, I feel I need some props for this feat!!  Small cheering crowd?  No?  Not even some Beatnik applause?


This is another recipe (much like my last post--the lemon loaf cake) that doesn't involve the use of a mixer, processor or blender.  Everything just gets mixed by hand.  As much as I love my kitchenaid mixer, it is nice to take a break from the appliances in the kitchen. 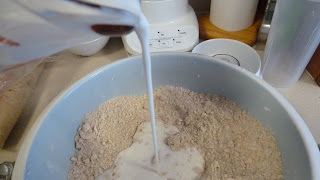 I made this batch as a full 2 dozen. They did come out a little small and I should have taken them out sooner than 20 minutes, as they were a little dry. I think my next batch I will make the recommended 16. I should have paid better attention to the recipe....but once I took out two muffin pans I just got carried away with filling it. 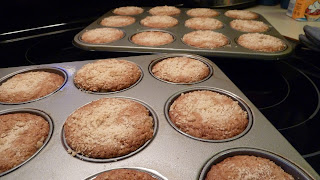 Next time, I will probably add applesauce or something in place of the shortening and even add some apple chunks, as the spices in this muffin are a perfect compliment to apples.
Now I don't have an aversion to shortening. And I'm not sure why there is such an aversion to it, as it isn't like this recipe calls for a great deal of it. Nor am I likely to eat all the muffins (and hence all the shortening). Grumble, grumble, grumble. And when I look at the nutritional data for shortening and butter, I see very little difference. (though shortening seemed to look better nutritionally) Strange, no? 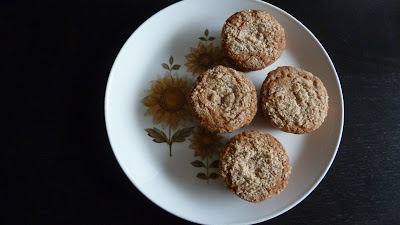 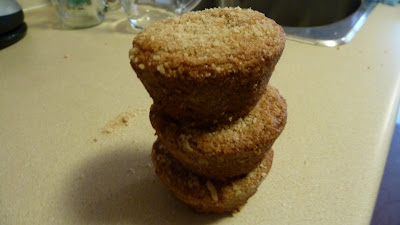 I did try this recipe again.  And I did replace the shortening.  I used pumpkin puree instead.  And I think perhaps I over mixed it, as the muffins were a little tough....though nice and moist.   I will try them again with applesauce as I've used that a lot as an oil replacement.


They are good muffins.  I just need to learn to not over mix or over bake.
Over and out!
Posted by Have Apron....Will Bake at 2:30 PM